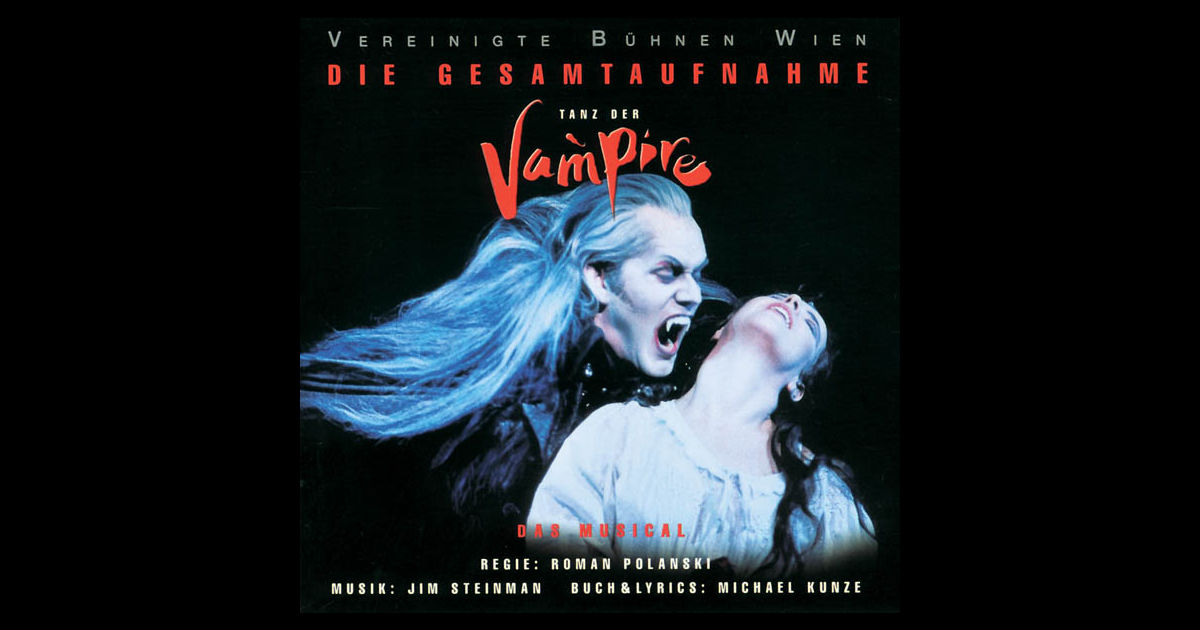 Stage Entertainment’s brand new production of Dance of the Vampires has recently opened in Paris, at the beautifully renovated Mogador Theatre. Directed by its creator, Roman Polanski, the complex musical has taken the city by storm – adding to its impressive 16-year track record, which includes playing to audiences of over 7 million in 12 countries.

Sound design is by Thomas (Tom) Strebel of audiopool gmbh, bringing his experience of designing the Berlin production to the new show. Describing Dance of the Vampires as „quite rock-based musically“, he specified an all-d&b audiotechnik loudspeaker system, featuring the T-Series.

The focus for the French language version has been very much on intelligibility, as he explains:
„It’s a very dynamic show, with a big rather than a very loud sound and as such, we needed plenty of low end and headroom to get the energy we wanted. Dance of the Vampires is very cleverly written with good songs and orchestrations, and very dense arrangements that nevertheless allow enough room to put in the vocals. Clarity was a priority, and a lot of work was done by the creative team on diction. Our task was to help bring this out, using TiMax to aid intelligibility, with the sound following the actors around the narrow stage. This was also our objective with the overall sound design, using a straightforward Left/Right music system, with band fills front stage to give us coverage up to row 10 of the stalls. We used a separate flown Left/Centre/Right system for the vocals, with front fills. The overall result is excellent – the T-Series is a small system and works very well aesthetically, giving us the wide dispersion angles we need without overpowering everything.“

The band comprises ten musicians on stage, complemented by pre-recorded click tracks to add the strings, woodwind, brass and some chorals, with the cast including nine principals and an ensemble of twenty. The full speaker line-up comprises fifteen T-10 cabinets aside for the main Left/Right music system with J-Subs, and a T-10/Q- 10/E6 combination for the vocal system – all amplified by d&b audiotechnik D6 and D12s. d&b audiotechnik Q7s were used for stage monitoring, and E8s for stage FX.

On the radiomic front, Tom has used Shure UR1-M transmitters with U4D receivers, and at the heart of the system is the Stage Tec AURUS digital mixing console. The mixing surface incorporates 64 faders, multiplied by no less than 8 layers, giving sound operator Nicolas Lemperier control over the complex mix. This involves over 50 live inputs from the band, 37 from the cast, plus the sound FX, reverbs and additional tracks – adding up to some 120 inputs in total. Overall, the sound system is a truly European affair, integrating equipment from Austria, Germany, Switzerland, the UK and France!

With a tight set of deadlines and a highly complex production, teamwork played a very important role. Tom worked alongside associate sound designer Laurenz Zschokke, and the Mogador’s resident head of sound, Bertrand Billon as production

engineer. Specialist installation expertise was provided by Robin Whittaker for the TiMax installation, and Christian Fuchs for the Stagetec Aurus, with equipment supply and technical support from the Orbital Sound team. Nicolas Lemperier is sound operators with Patrick Bergeron as No 2, supported by trainee Damien Thiebaud and radio mic technician Arnaud Dannenberg.

The Mogador Theatre is the ideal architectural setting for Dance of the Vampires, with the 1913 building restored by Stage Entertainment France to its original splendour. The theatre is equipped with a permanent full delay and surround system, made up of principally L-Acoustic 8XT driven by LA4 amplifiers, and Meyer Sound UP Juniors. Bertrand Billon provided an insight into the choice of system:

„Our objective when we installed the house delay and surround system was to make it re-patchable, so that we could accommodate any design requests. As all the speakers are driven by LA4 amps, we can achieve EQs and delays relative to the main PA without the need for any extra filters. We also have a Dolby Lake processor that we can use to drive any speaker – it all adds up to a very flexible system.“

Working with Roman Polanski was extremely interesting for Tom and his team, as he continues:
„He brings such a detailed perspective to the production, and has an excellent feel for theatre, despite one tending to think of him as a film director. He is incredibly knowledgeable and knows exactly what he wants to achieve. This is a visually stunning show, and works beautifully in this theatre. But it also has considerable depth, and the combination is extraordinary. We had a great team spirit on Dance of the Vampires, which made getting to grips with what is a very complicated show both enjoyable and exciting. The more advanced and sophisticated the requirement, the less time you have to do everything! We all worked hard together and are pleased at the end result, although you never actually finish refining and fine-tuning.“

Subscribe to our newsletter and don't miss new posts!